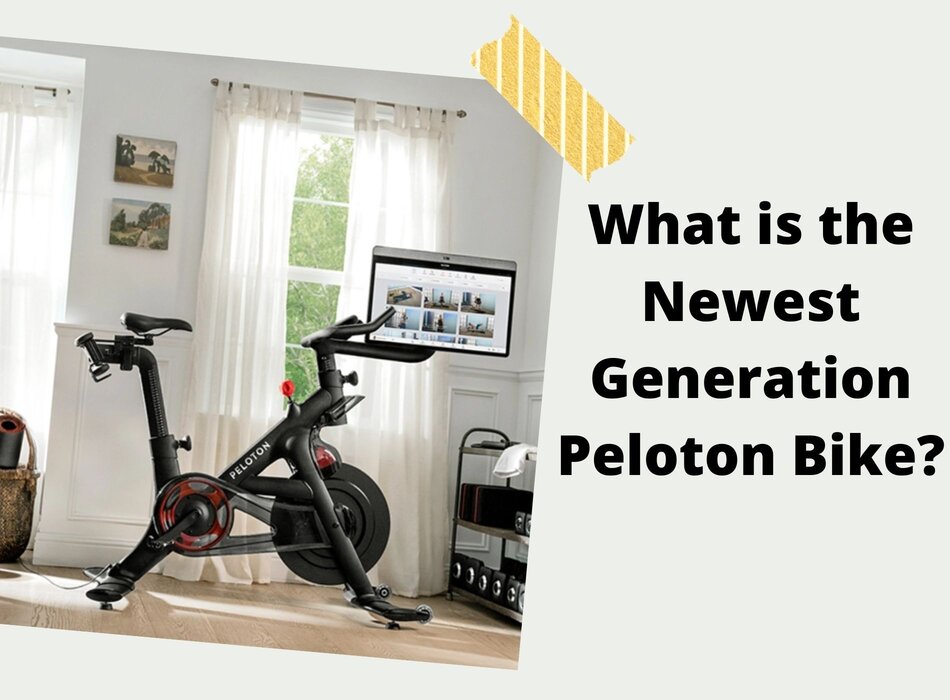 How Many Peloton ”Bike Generations” are There?

There are only two Peloton bike generations till now,

Peloton Newest Gen Bike: Then there is the newer generation, the peloton bike+ launched in September 2020, which costs $2495.

How Many Peloton ”Screen Generations” are There?

There are three peloton screen generations till now. Peloton verifies the following details

So, How do you know what generation your Peloton is? Look for the FCC ID or model number on the label on the back of your touchscreen.

Peloton 4th Gen Screen? I found no update about it yet

What is the Newest Peloton Bike Generation, and How is It Different from the Old?

The newest Peloton bike generation is the Peloton bike plus. And yes, it is very different from the first generation, from the outlook to the features and the performance. Let’s dive into the differences between the two bikes;

From the table, it is evident that the two bike generations have some similarities. Actually, the bike plus is an advancement of the standard bike. However, the differences are the reasons the two bikes are unique, each in its own way. Let’s dig into these differences;

The standard Peloton bike, which is the old model, was Peloton’s first spin bike released in the market. It was released in 2014 and brought Peloton to popularity. Today, it is the Peloton value bike, starting at $2295, which was reduced to $1895 when the bike plus was introduced. And today, you can get the bike at $1495, which covers the bike, delivery, and installation costs.

Then, in 2020, Peloton released the second generation bike, the bike plus. It is the Peloton premium bike option, which costs $2495.

The console features are among the most conspicuous differences between the old and the new generation of the Peloton bikes.

Essentially, the old model has a screen that is 23.8 inches, which is quite large compared to the 21.5 inches of the old bike model.

Moreover, the old generation bike tilts vertically, which allows you to adjust it while on the bike to suit your height and cycling style. However, the bike plus makes the feature even better; other than tilting vertically, the monitor rotates horizontally, 180 degrees on each side. This feature allows the user convenience during off-bike workouts, such as strength, yoga, and meditation from any part of the studio, given that the rotation is literally 360 degrees.

Over and above that, the processor and RAM of the two touchscreens vary. The older generation has a processor of 2.0 GHz Mediatek MT8173 quad-core, which couples with a RAM that is 2GB. The newest model doubles the RAM to 4 GB, which works with a processor that is 2.5 GHz Qualcomm QCS605. Therefore, the bike plus is faster, with the updates easily conforming with the system compared to the older bike model.

You will also appreciate the charging port in the new model, which is USB type C., Just like a phone’s charging system? Right! You can actually charge your phone or tablet with the charger, which means you don’t need your personal charger on the bike. However, the old model uses a micro USB port, which is unique for the bike.

Are the Peloton Bike Generations Similar?

Yes, they are. While the bike plus is an advancement of the Peloton bike, it leaves some similar features. These features include;

As of 2022, there are three bike screen generations. The first is the oldest, and it is also very different from generations 2 and 3 of the touchscreens. The model was released in 2014, and it is thicker, and its RAM and processor are pretty slow. The users with the generation 1 screen say that it is also smaller, and the Peloton updates make it glitchy.

On the other hand, the second and third-generation touchscreens are so similar that you cannot tell them apart just by looking at them. However, they have different processors, with generation 3 tablets being faster.

Likewise, both generation 2 and 3 models can be cast to larger screens such as compatible TVs, a feature not in Gen 1 models.

So, is the Newest Peloton Bike Generation Better than the Old?

Of course, the newer model is better, but the extra features are just luxurious and more convenient. However, the experience on both bikes is the same. Actually, you can get a rotating pivot for the Peloton bike, sorting the rotating feature challenge on the bike. After all, they are both qualities, made from the same material composite, from the frame to the pedals and the belt. And, the warranty coverage is the same for both.

With the money and the excitement that comes with the new bike plus, though, I would still go for it. There are features such as a better camera and audio that you cannot better in the older bike, but which are readily available on the bike plus. Besides, the elegance and class are still worth the investment.

What year did Peloton come out?

In November 2013, Peloton opened the store with a few new, non-wobbly bikes. But now there is massive change you’ll find in new bikes.

Actually, There is no trusted sources who can say surely that peloton will come out another new bike this year but has a chance to come out with rower machine.