Kendall Toole believes she’s a natural-born fighter. She empowers her class to find voice and believe in their inner strength. She has various titles after undertaking l training like gymnastics, cheerleading, boxing, and dance. 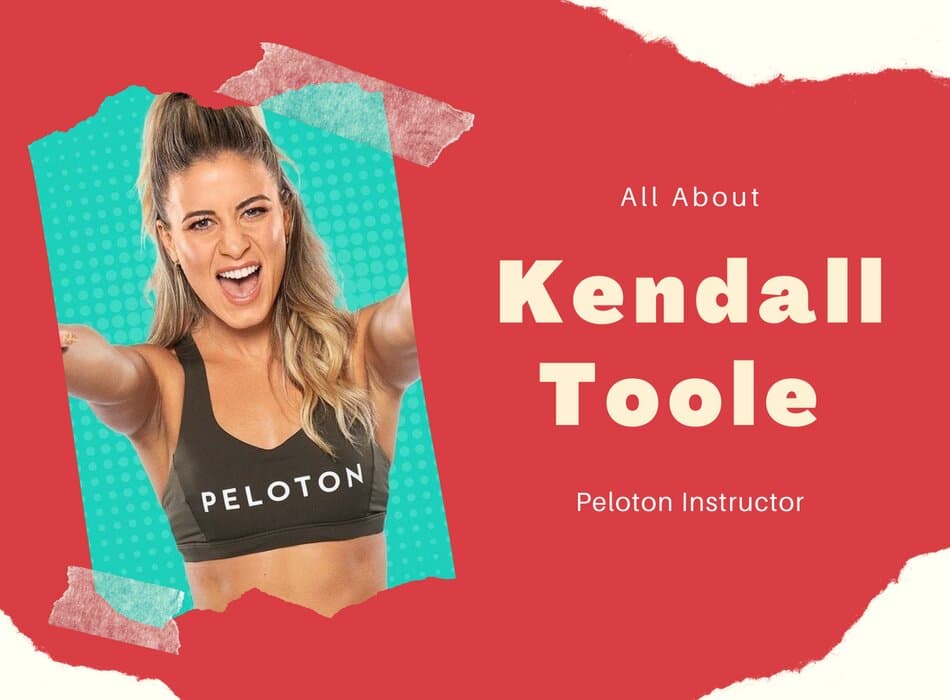 Kendall, who also pursued film and business at the university of southern California, knew she’d find a job related to this. She first worked at a tech startup before realizing that was not the career she wanted. Then, as fate has it, she found herself changing career and taught at a boxing fitness studio in West Hollywood. According to Kendall, this was her true calling to empower others to break barriers through movement and sweat.

Currently, she’s one of the Peloton instructors who encourage her members to maintain positive energy. She says fitness is a journey, and we’re all in it together, and her goal is to make you proud and curious at the end of the sessions.

Kendall Toole was born and raised in her home state California. While growing up as a small girl of age 11 years, she silently battled with OCD and depression. This continued up to when she was at the university, something that denied her happiness. She, however, never shared these dark moments with her friends or family because she didn’t want to burden any of them.

The good thing about this is that it never affected her performance at school, athleticism, or lively personality. She managed to go to school and did several courses, some of which she’s currently actively involved in.

Kendall was raised by both her parents and siblings. According to her social media posts, she adores her father. She once wrote on her Instagram post, “got to honor one of the most important people in my life, my dad. They can knock you down, but they’ll never knock you out. Love you, pops; thanks for all the love, the lessons, and the incredible laughs. I am truly grateful to call you my father.”

Kendall, however, mentions little about her other family members. But she says her mom went to a fashion science school. She (the mother) used to make her every Halloween costume the way she wanted. Kendall also remembers how her mom denied her a chance to dye her hair black. She is now happy for her mother’s firm stand as she’s currently proud of her hair.

Kendall went to the university of southern California, where she studied gymnastics and cheerleading. She later studied film and business at the same university. After that, she got her first job which, according to her, wasn’t what she wanted.

She opted for a career change and got a job at a boxing fitness studio in West Hollywood. Later on, she got another job at a different fitness studio. The first fitness studio Kendall worked for was owned by her film mentor at the university. Her mentor gave her great advice, introduced her to boxing, and employed her for several years.

Kendall says that after accepting to join boxing, it has since remained more than a sport. Instead, it became therapy and helped her through her mental battles at that time.

Kendall Toole As a Peloton Instructor

After working for one year in the new boxing fitness studio, Kendall got a dm from Peloton. Later she joined Peloton as an instructor in September 2019. She says that cycling was not her field of expertise for some time as she was active in boxing.

However, she had to adjust for the new job and is now one of the top Peloton instructors. The fashion-conscious instructor says it takes her time to decide what she wears and how she does her hair before class. This she attributes to her mom, who made her different Halloween costumes just as she wanted them to be.

Kendall has various classes on Peloton, which she attends in bright, colorful costumes like oranges, pinks, and blues. This she uses to send different messages to her students. For example, the day she’s wearing a neon green costume, that’s a sign of mental health awareness. If it’s a beanie, it’s a sign of pop-punk emo class, and it’s something her students know.

When Kendall is not in class shell be either playing ukulele or singing. She’s been posting videos of her playing the ukulele and singing on her social media accounts. But she also loves movies, listening to music, and movement.

To her, that’s therapeutic and an incredible way to heal oneself. In addition, she says that finding some time every day to express and make some noise while bringing some melodies to the world is soul-soothing.

She also loves her dog Bowie who she got in May 2020. The black and white puppy loves traveling with Kendall to different places and is very comfortable with it. Bowie has a social media account with more than 3,000 followers on Instagram. Kendall also loves exploring new places in the company of bowie or her boyfriend.

Kendall does infuse the power of positive energy and rock and roll in her classes to inspire her students to get up and discover themselves. She believes everyone has a choice to listen to the voice that’s on our heads. The voice, according to Kendall, can hold one back or help one rise. But all this depends on how we train. So, she incorporates different music in her classes to help individuals sweat and enjoy the workout session.