Feel good, Look good, Do better… sound familiar? This is Alex Toussaint, a senior Peloton instructor’s motto. He never forgets the motivating words in any of his classes. Actually, he went ahead to become the founder of the Do Better community, which currently boasts of garnering over 15k+ followers on Instagram. 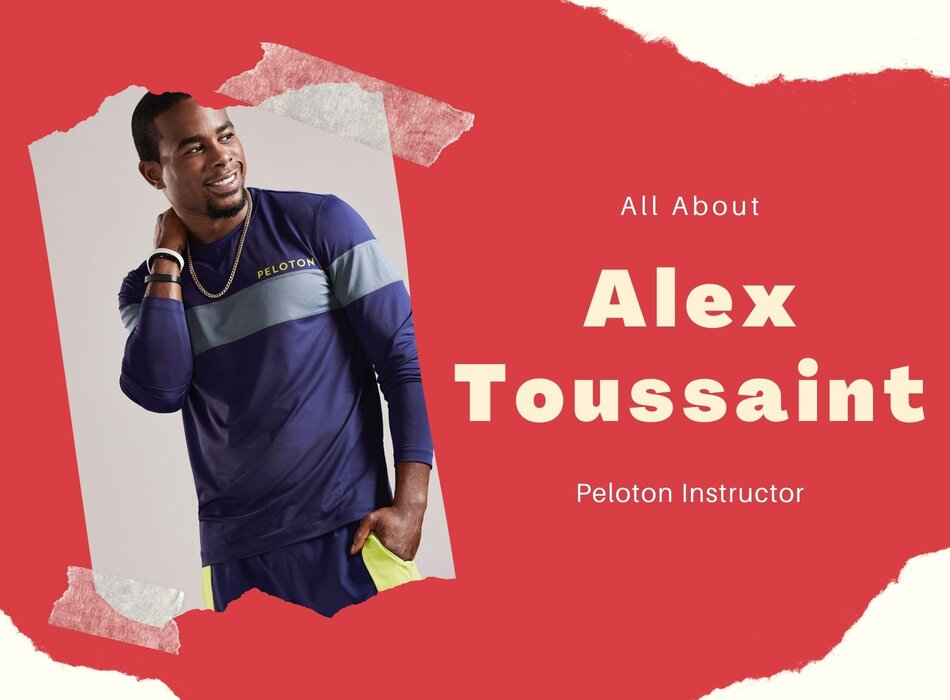 Primarily, Toussaint is a senior Peloton instructor who joined the successful home fitness gym in 2015. That makes him among the most lucrative employees in the fitness industry. Other than that, he is a Puma athlete as well as a Hyperice training expert. Do you want to learn more about the young role model fitness guru?

Alex says that he had a difficult childhood, which saw him in and out of school all the time. In fact, his father had to send him to military school, or else he would have ended up in jail or otherwise.

Though military school felt like punishment at first, as it does to all young kids, it turned out to be a blessing in disguise for the young instructor. He had hard discipline instilled in him, which has become the foundation of his excellence in his career. The discipline and responsibility are evident in his after-school job, which he took as a gym cleaner, mopping the floors. Impressive progress for a kid who could barely be in school earlier in life, right?

As he worked in the gym, he would be impressed by the motivation and discipline that the gym instructors showed during classes. He loved it so much that he asked the gym owner whether he could try out a class. Again, quite some courage for a person mopping the floors, don’t you think?

Anyway, the owner was not hesitant, and within no time, Alex was one of the instructors at the gym. Within no time, he was confident enough and moved to New York City, where he would couch up to 25 classes in a single week. At this time, his talent with discipline and encouragement to the gym attendees was evident. And it was then that Peloton spotted the talent.

Toussaint said he couldn’t believe that Peloton was approaching him for a dream job. I mean, not long ago, he was just mopping floors. Then, before he knew it, would he be the virtual gym instructor? And the salary; of course, Peloton has always paid well even before popularity, which has helped attract the most coveted talents in the industry.

Though Toussaint could not believe his progress, Peloton was already on its way to recruit him. He acknowledges that the belief Peloton had in him is one of the reasons behind his vigor in classes.

Alex is primarily a Peloton cycling instructor. Besides that, you can also enjoy a class with him on stretching and strength training. Let’s have a snippet of the latest classes in each of the categories to get you started if you haven’t;

Training in Peloton is not only a career for Toussaint but also a passion and love. He uses his skills and techniques in a military school to encourage riders in his class. For instance, he says that no rider should be left behind, synonymous with no soldier should be left behind. This phrase adds to the phrase do good, feel good, do better, to encourage riders and users to improve their fitness journey.

His motivation and encouragement on Peloton are one of the main reasons the senior instructor has over half a million followers on social media platforms.

Alex is also a Puma athlete, a movement he says is geared towards empowering children. The company also uses recycled material for shoes and apparel, which is also impressive for a sustenance enthusiast like Alex. he said that even before he was an athlete in the company, he was still a massive fan of their shoes and apparel.

Like most Peloton instructors, Toussaint’s net worth is never in public. However, we know that senior instructors on Peloton have a salary of over $500k. They also invest in the company stocks, hence a remunerative amount from the high profits that the company realizes.

Toussaint is not yet married, and he has never been seen with anyone worthy of such attention in public. Currently, he seems to be more into making good his career and venture into fitness. Besides that, Alex does not yet have a child or family.

However, he says that he strives to ensure that he makes his parents’ and grandparents’ sacrifices worthwhile. They took it upon themselves to get into a place where he would get a good education, exposure, and career expansion, and he would ensure that this was never in vain.

How Old is Peloton’s Alex Toussaint

Alex Toussaint is one of the most sought-after Peloton instructors, and it is no wonder his classes always have hundreds to thousands of people. He is not only a senior instructor, but his encouragement and ability to help users see a better day ahead are reasons behind his spinning success.