Cody Rigsby, formerly a dancer, is a renowned Peloton instructor who rose against all odds to be a star at the company. He incorporates different relatable topics in his cycling classes to inspire his followers and make his riders close to him. 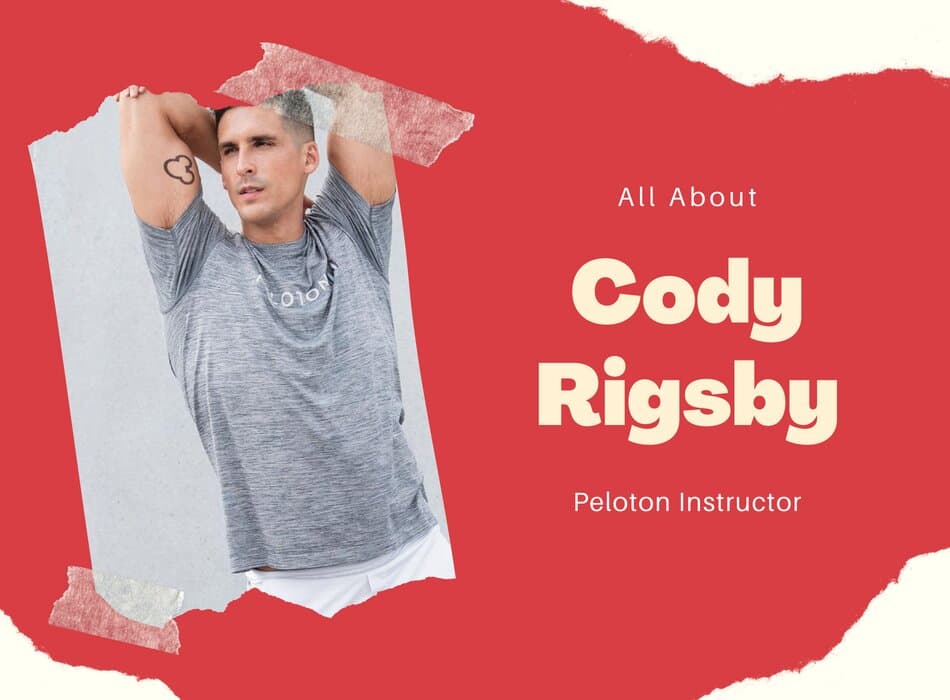 Rigsby has been an instructor with the Peloton for seven years, and he started doing this a year after Pelotons early days of Kickstarter. He says it took him time to fit into the box as members had different expectations and impressions about his personality.

The 34 years old instructor is currently one of Peloton’s biggest stars and directors. He’s got more than 792,000 Instagram followers with endorsement deals with Adidas and GM. Rigsby is also one of the best fitness celebrities after Jane Fonda, something he achieved by talking about his dislike of the black licorice.

Although Rigsby doesn’t mention his father, he says he was raised by a single mother (Cindy Rigsby). He was from a middle-class family, and his mother took care of him single-handedly. While growing, he wanted to be a dancer and hoped to join a dance class but knew his mom couldn’t afford it.

Rigsby went to a private primary school in California then got a scholarship to Broadway Dance Center, where he later got a job and saved for his tuition.

While Rigsby was trying different ways to get money and save up, he worked as a dancer at a gay bar in New York. He got to work with high-profile clients like Pitbull, Katy Perry, and Victoria’s Secret fashion show.

However, his career turning point came five years later after trying to do as many jobs as he could do in 24 hours to make good money. A choreographer he was working with at a club on the lower east side told him a friend was looking for an instructor for a cycling company (the Peloton).

Rigsby became one of Peloton’s first employees. And he was earning $150 per class which was much higher than his initial pay as a cater-waiter. He tried his best to do this work, and he remembers doing 14-15 classes a week.

During the seven years in Peloton, Rigsby has risen to ranks he’s teaching his classes and a cycling director. He’s helping nature’s upcoming talents and recruiting them in the US and abroad.

How Cody Rigsby Got His Instructor’s Style

While doing his job at the Peloton, Rigsby tried copying what other intense instructors did, like incorporating their diets and serious trainer energy. He, however, found out it wasn’t his best, so he decided to be himself and do what he understood best. After some time, he realized people accepted and liked what he was doing and putting out there.

Rigsby’s fitness style currently revolves around self-satirizing degressions on what he likes, pet peeves, pop nostalgia, and hyper-specific childhood memories. He also uses specific phrases while on his sessions which make people easily relate to his program.

The Peloton star instructor believes being silly while doing his job is better to make fitness less serious and scary. His style makes the riders and followers stop thinking that people will judge them or be stupid. But rather to make them laugh, which is a better way to have fun while making a good relationship with our bodies and mind.

The main target of his rides is to get one away from their sorrows and pain in life, especially the one coming during exercise.  He notes that people hate working out and like being distracted while at it that’s why he includes some entertainment to help them forget that they’re doing something they hate.

Rigsby only mentions his mother, Cindy, who was a waiter and was battling drugs addiction. While in school, Rigsby tried dating a girl, but things couldn’t just work out the right way. He later realized he was gay, which came with many challenges in his career and social life.

He had to get from North Carolina to New York to figure out his being gay. He says there was so much shame being gay in North Carolina, but he could open up to his mom and friends after some time in New York.

Currently, Rigsby is married to Andrés Alfaro, and it took them about two years while dating to come out publicly about their relationship. His upbringing in California, North Carolina, majorly contributed to this. He believes such an upbringing stops one from being who they want to be. He says, “I was in denial for such a long time.”

How Cody Rigsby Became So Popular

Even though Rigsby was a star before the pandemic, his star rose more during the COVID 19 lockdowns, which saw many people stay at home and shutdowns at major gyms. At first, it was a scare for Rigsby and the Peloton, but it turned out to be a blessing in disguise as the company got a 141% rise in their quarterly revenue.

More people opted for home workouts, which boosted Peloton income and increased the audience for their instructors like Rigsby. It’s believed that Rigsby got a huge following during this time which saw him rise from about 300,000 to over 850,000 followers on Instagram, according to the social blade.

Another thing that helped him earn more following is his announcement on appearing on DWTS, which has seen him gain 50,000 new followers.

Rigsby does different cycling classes giving his riders a variety to choose from. His sessions are between 20 to 45 minutes and involve other body parts like the arms, hips, or legs. For example, he does a 30 minutes intervals and arms ride, 20 minutes country ride, 20 minutes HIIT ride, and 45 minutes groove ride.

Apart from being a Peloton fitness instructor, Rigsby is now on a DWTS dance competition which he claims will not interfere with his workout sessions as he’s got a flexible schedule. The close relationship Rigsby has with his riders has seen them join hands in different charitable events

Rigsby is the Pelotons director and is mentoring upcoming instructors from different places in the US. He’s permitting his followers to party and stop asking their cycling instructor affirmations to do everything.