Cycling is a sporty term that describes various uses of bicycle in everyday life. Cycling is a one of the most popular sports since 19th century when it was first originated. It also used for recreation and transportation, widely accepted by billions of people in the world. Nowadays, indoor cycling is getting more popular for cardio fitness or fitness goal. However, let’s know the brief history of cycling. 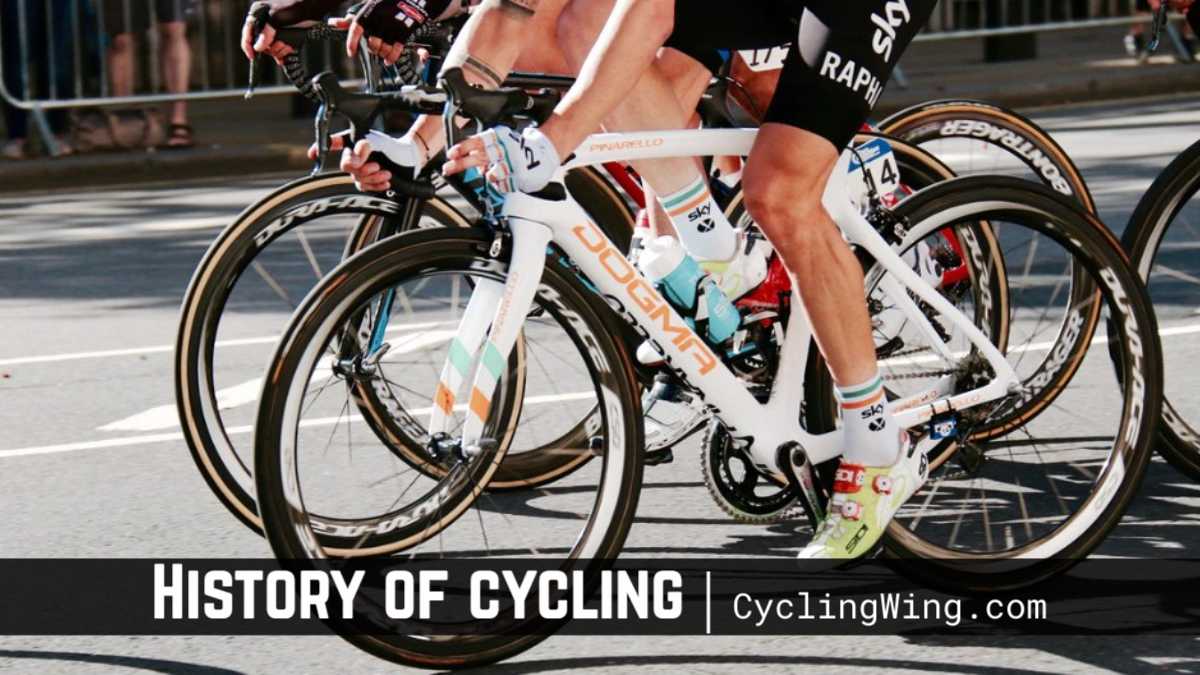 Baron Karl von Drais, a German; was invented the “bicycle” first. It was called velocipede (a 2 wheeled human-powered vehicle) at the first which had no pedals but you had to run to operate it. Modern bicycle model was developed later after a lot of modifications but the basic is same as previous.

As the technology advances bicycle’s model improved day by day.  By the late 1800s, bicycle’s durability, comfortability, speed and other efficiency had much improved as well as bike’s overall performance and design. The first made bicycle’s basic model was much similar to what we have today. Now engineers concentrate on different factors like cycling enhancements, fabrication of materials, shock absorption capacity, and gearing to take the cycling next level.

When Did Cycling Originate?

What Are The Purposes Or Uses Of Cycling?

Cycling is widely used for sport, recreation, commuting, touring and fitness. Actually, fitness is the main purpose if you want to describe it deeply, because all of the sports we will participate or arrange either for fitness or recreation which is ultimately the fitness goal.

What Are The Popular Types Of Cycling?

There are several types of cycling including

It is the most widespread form of cycling. Average road cycling speed of a cyclist is 18-24 km/h depending on male or female. Road cycling includes recreational, racing, commuting, freestyle cycling etc. Good for reduce your fat and fitness.

Time trial is form of cyclist competition where they sent out to cover specific distance. Winner will take least time to cover it.

Indicated as CX, Cyclo-X, a form of cyclist races for seniors between 30-60 minutes long, with the specific distance varying depending on ground conditions. It is typically held in the autumn and winter season.

Mountain biking is a sport of riding bicycles in a rough terrain or mountain, using specially designed mountain bikes; similar to general bikes but with more durability and performance. Cyclist need most energy for mountain biking.

Its an adventurous form of bicycle riding in a gravel road or road with obstacle; mostly consisting distance riding over unpaved roads. Gravel bikers need more energy rather than road cyclist.

Track cycling is a speedy bicycle racing usually held on manually built banked tracks or velodromes using a track bicycles. It is a dangerous cycle racing as cyclist use fixed gear, no brakes.

A cycle sport with BMX bike on a rough, cross-country course that includes many constructed obstacles. It stands for ‘bicycle motocross’

Indoor cycling is a form of cycling at home or in a studio mostly for cardio workout. Example: Peloton, SoulCycle are two most popular indoor cycling brands.

And there is much more non racing or recreational cycling types are exists in locale around the world.

So, here is the brief history of cycling and cycle sport, hope it will help you to understand cycling matter more clearly now. Thank you for reading it out.