A mountain bike lockout fork refers to a tiny switch found mostly on top-front, right stanchion on an MTB’s suspension that diminishes the speed compression rate of the front fork when engaged. And, it’s adjustable between the juncture of becoming totally rigorous. Not all mountain bikes come with the lockout system, while others may have both the rear and front lockout forks, and they all perform differently. 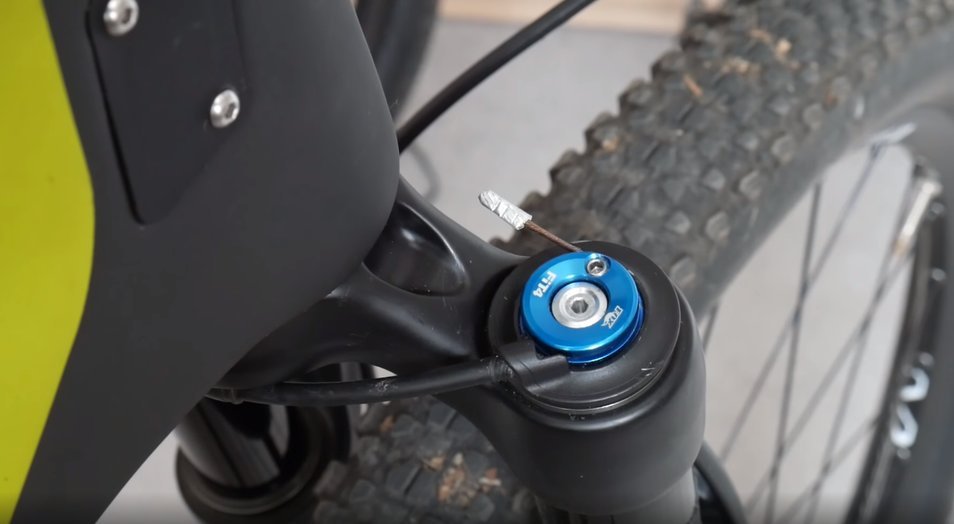 Most mountain bikes come furnished with either a fork or handlebar-mounted suspension lockout. This significantly provides maximum ability to turn the suspension on and off. And offers some level between for example, highly expensive suspension models typically provide settings which range from open where the suspension remains fully active, the firm where some damper resistance ideal for smooth off-road the closed setting with which it is fully locked out.

Do I need a Lockout Fork for my Mountain Bike?

The main thing here is to understand the benefits and limitations of having a lockout fork on a bike and, after that, weigh out the two sides and come to a conclusion. We will look at the differences between the full suspension MTB and the Hardtail MTBs.

The main advantage you will get by owning the full fork suspension system is that it aid in absorbing stamina while cycling down the hill. In general, it makes your riding experience more comfortable.

On the contrary, the front suspension makes it difficult for making scale steep inclines or get up to speed effortlessly. The main reason for this is that when you ride the MTB in the pavements or uphill, an incredible amount of energy is consumed by the fork suspension.

The hardtail MTB is not furnished with the front or rear fork suspension. The benefit of owning this kind of MTB includes getting outstanding responsiveness from the pedals. This means that the suspension absorbs no energy, therefore, your bike will trail effectively up the hill and level terrains. The limitation of this kind of bike is that you will never get to enjoy or be comfortable riding when the ground is uneven, and it will be difficult for you to withstand while riding down the hill.

Once you are aware of the merits and demerits, you can go ahead and decide on whether your bike should have or not have a lockout fork.

How do you lock your front fork on a Mountain Bike?

The front lockout fork can be used when riding down a hill as well as rough terrain. With a single switch-control, the suspension becomes extremely severe to cycle up the mountain or the pavements. The lockout works using a pressure compressed lubricant to shift the rate of contraction and decompression of the MTB. The fully freed fork permits the suspension oil to drip rapidly to the compartment as the wholly locked fork suspension can entirely inhibit the suspension oil’s rate of flow.

How do you repair a Fork Suspension on a Mountain Bike?

You can only replace the fork suspension on your amazing mountain bike when you notice the fork has begun to feel stationary, creaky or when it travels too instantly. Repairing only happens by replacing the suspension oil in the fork system. You can quickly fix it by doing the following:

First, remove the front wheel and front brakes plus any other bolts or hooks clutching the fork’s edges on the downward tubes. Next, you sluggishly pluck the blades out of the lower tubes thus restricting the lubricant from spilling or spraying. Then, clean the inner sides of the fork with a lot of care.

Drain all the suspension into a measuring glass then replace using the independent suspension grease depending on the manuscript. After that, lubricate any bolt heads while tightening the screws back to their initial locations with your fingers. Last, once all the screws are in their right place, strongly protect the fork without over-tightening. You can then test your new fork suspension.

What is a Remote Lockout System on an MTB?

The lockout fork which can be regulated with the help of dial pads positioned up on a handlebar of a mountain bike. With this lockout system, it is not a must to get-off your bicycle to connect the pin. The plenty of trails plus numerous climbs and fluffs, the remote lockout system if great importance. It can also be installed for the rear shock lockouts on your MTB.

Can you add a Lockout to a Fork of an MTB?

When should I use a Lockout Feature on my fork?

You can use a lockout feature while cycling on the road or probably a steep hill. Riding makes you put the wasted energy to creating the fork or shock while going up and down as are pedaling. This can be helpful to swivel it off whenever you don’t require it.

While cycling on the road, the suspension provides extra traction to off-road hills. Besides, you can use it on long XC climbs since it allows for more pedal efficiency, but you should remember to take the lock off before your next steep rocky downhill section to avoid getting severe injuries.

What is the role of the Suspension Lockout on an MTB?

The suspension lockout can be turned on while riding on smooth surface roads or climbing up the hill, improving the pedaling efficiency. This lockout is essential as it gives the cyclist valve adjustment options, including how to lose or stiff the congressional force that is on an MTB. Other than enhancing pedaling efficiency while climbing or on a flat trail mode, the suspension provided the rider the option to unlock when riding an MTB. The high-end forks have abilities to lockout or adjust the blow-off valve and also adjust the travel on the fly while cycling. Besides, it gives the cyclist the swiftest and efficient foot racing, all-mountain, casual, and non-competitive riding.

Yes. Suspension lockouts do a lot of moving hence require periodic servicing and maintenance. It’s important to note that most suspension units are expensive to replace; therefore, proper maintenance will save you the costs. You need to do the following to extend the suspension life for your MTB.

What are the newest lockout systems developed for an MTB?

The common ones include the Rockshock and Fox lockout systems, which can all be adjusted giving three different levels of the lockout fork. The standards include a choice that can not reduce the low-speed compression rate completely, the interior selection that brings about the compression becoming extra rigid, plus a fully locked out style that gets rid of travel altogether.